Earlier this year, Anne set a lofty goal: she would knit a sweater for each of her five grandchildren for Hanukkah. When she mentioned this in conversation at the shop, eyes would widen in disbelief – even child-sized sweaters represent an awful lot of knitting, after all. For her granddaughters, she picked Anna Johanna’s “Taimi,” pattern, a colorwork yoke pullover from Strands of Joy, and for her grandsons, “Fresko,” a cabled pullover. She spent every possible moment knitting these sweet sweaters, determined to complete them in time. Anne is a woman of her word, and a determined one – even with this year’s early Hanukkah, she completed the five sweaters in time. Quite a feat! 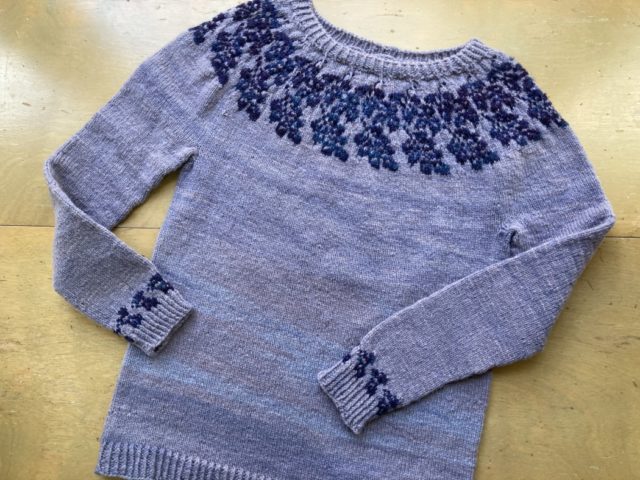 Here’s “Taimi” in Swans Island All American Sport, with Malabrigo Caprino as the contrast color. 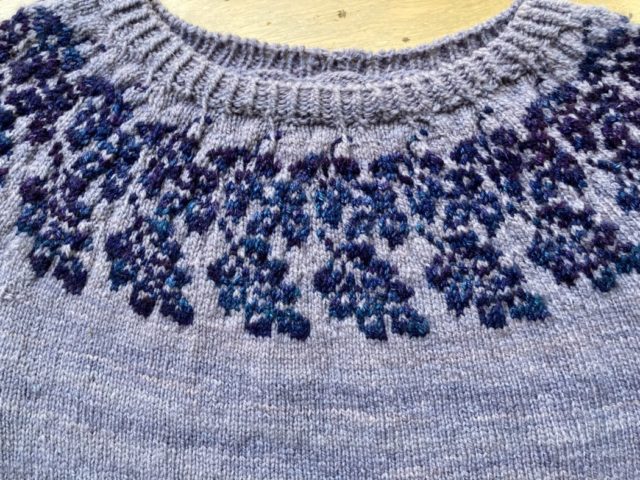 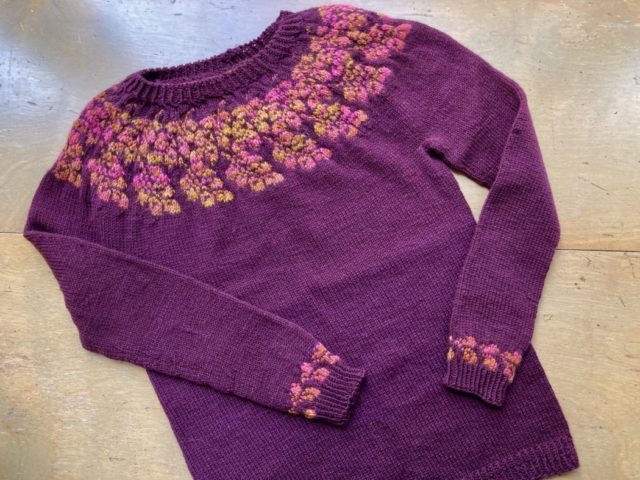 Here’s “Taimi” in Brooklyn Tweed Ranch 03, with Alchemy Sanctuary as the contrast color. 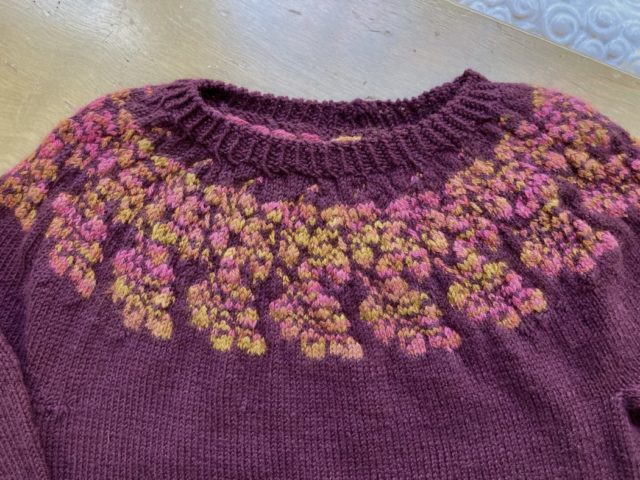 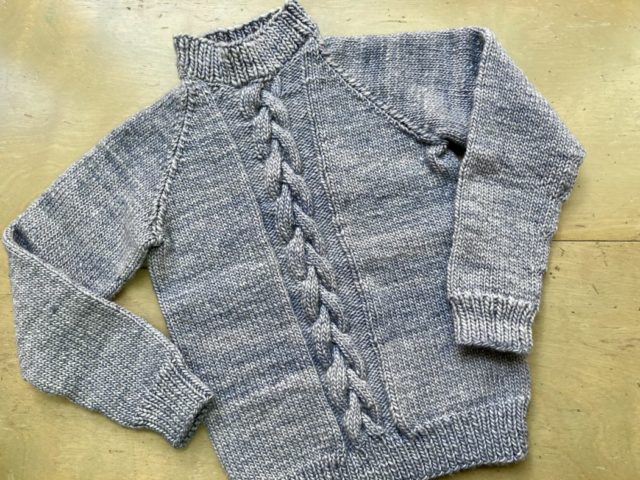 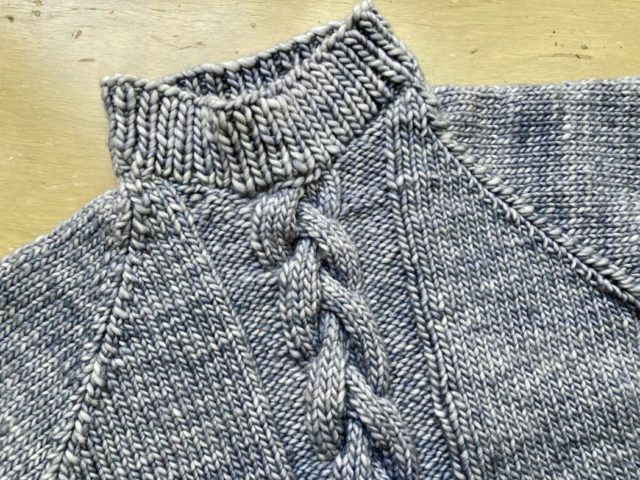 Here are a pair of “Freskos” in Malabrigo Mecha, for her twin grandsons. 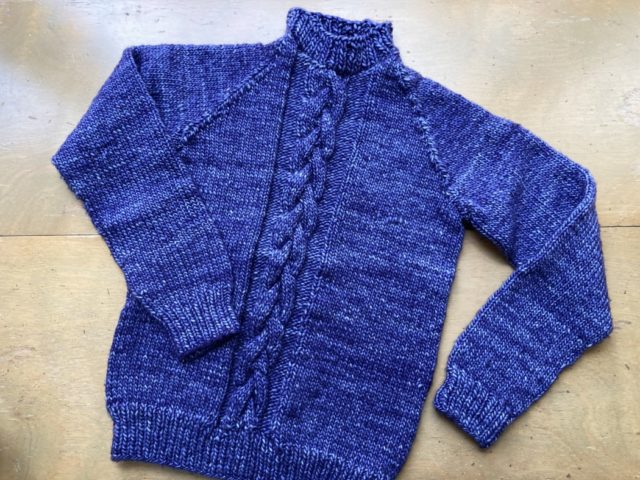 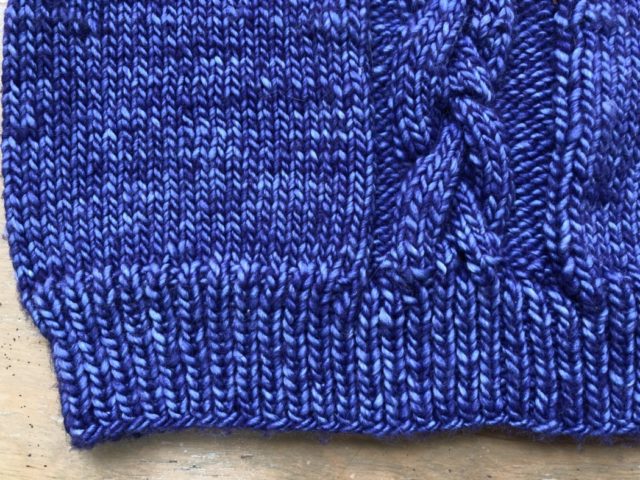 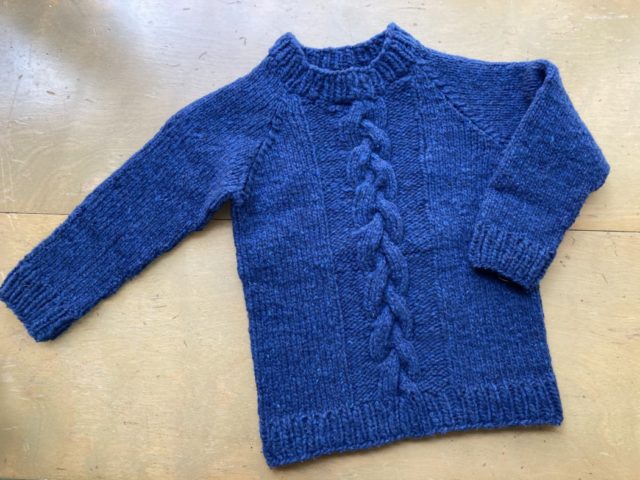 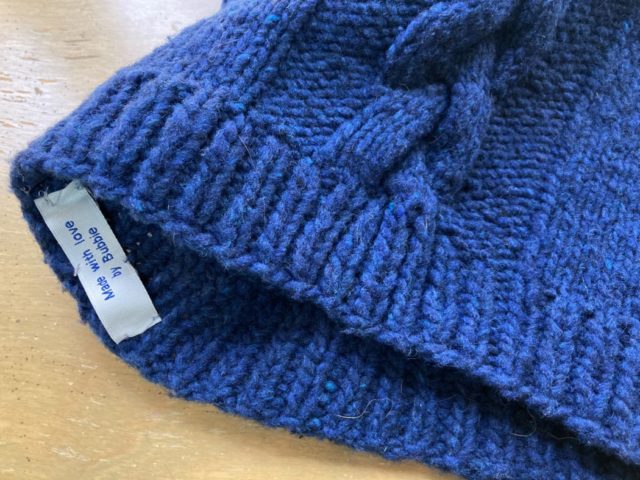 Above is a close up on a heartfelt detail – Anne ordered custom tags on Etsy for these heirloom knits, reading “Made with love by Bubbie.”

Hope you’ve met your own holiday knitting goals this season!